synching the edit with the boys tonight {friday 21st april} finds me back in the funklab editing emporium this time with Matt Jacoby {far right in the picture} and Jaydem Lee {far left, Simon in the middle} from Sons Of Korah. we are going through all 18 or so songs and making sure the visuals […]

i am still in the FunkLab working hard on this SOK DVD.
we have totally finished editing all the songs for the live DVD {90 minutes of music} and we are amped!!
we are now ingesting the interview footage of the band and are working on colour correcting the project.
Because i am feeling super nerdy at the moment {it must be all the computers here} i am going to copy and paste a couple of Simon’s and i working notes on this project. the first is the DVD’s track listing – this is what you will actually see if you hit the “play all” button on the menu. the second long list is our schedule- this is our strict working schedule. we need to keep on target with a project this massive. we’ve already pushed this project back twice, and now we NEED to get it done!

may 3 wednesday
finalize!!
matthew, simon and djp check it all.

may 8 monday
we hand it in. finished….

7:45 here i sit in the FUNKLAB with mr simon mac to my left on the 20 inch iMac G5 and i on the G4 powermac. we are editing the “narrative sequence” of the Sons Of Korah Live DVD and i thought i’d just blog as we go. 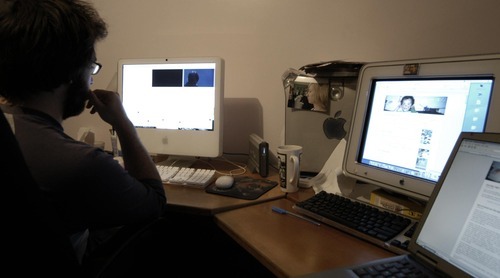 8:30 so any regualr readers know that i am up to my eyeballs with thissons of korah live dvd project. {by the way- you can find out all you ever wanted about sons of korah atwww.sonsofkorah.com – you can even download the promo for the dvd on the site… }

my relationship with sons of korah {from now on SOK} is now about 10 years old. i first met Matt Jacoby, lead singer/ song writer/ guitarist/ leader back in 1996 at the reformed presy church in Geelong and we met again through mutual friends… in 1998 SOK became the first group we signed to the Mustard Records label and even though we changed the label to a hip-hop label we have remained great friends… i’ve photographed the band many times, photographed their weddings, been involved in some of the CD designs and helped with live shows and just general advice / sounding board over the years…

8:48 check out some of the action – filmed on the good old camera phone. my apolagies for simon.

9:11 one of the excellent camera crew we had on the shoot back in september was Robbie Spicer, he was a total legend and he has given us some absolutely brilliant footage. he was also the guy that we made do a lot of the floor / stage hand held camera work… so in the editing room here we are looking at some great shots from the other camera men placed further away from the stage- it’s like this- they get the perfect shot of the guitarist and just as the music is building to it’s emotional climax… robbie stands up in shot…. his name has become a swear word…
an example of that is here.
…. so much so that i am now calling every person in the band, and every camera man’s take “robbie”… going brain dead all ready.

9:42 simon puts on a blanket because he’s cold…. he looks like some sort of cave man doesn’t he? he get’s all grouchy in that blanket so i am arguing with him about how he needs to take it off. 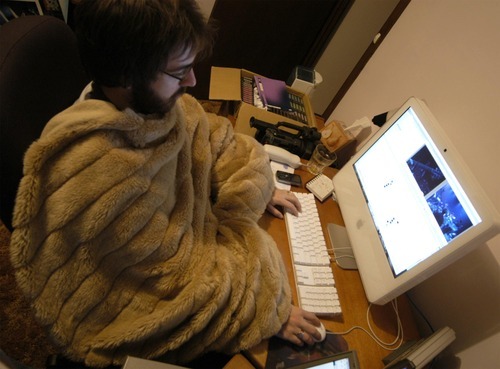 10:10 we are at about the half way mark of this 18 minute narrative sequence… here is a screen shot from the Final Cut Pro session… looks complicated doesn’t it? you don’t know the half of it! 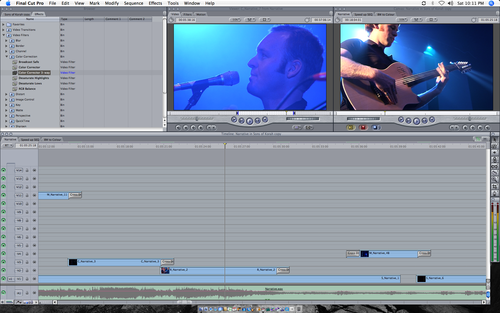 also i managed to get the blanket off simon. much more productive now.

10:43 – realize that i should probably explain what i mean by “the narrative sequence”when i talk about what we are actually editing.

the band SOK actually just sing the Psalms from the bible. straight psalms from the scriptures. it’s pretty full on. anyway, the old King of Israel, King David {you know David and Goliath etc}, wrote a stack of the Psalms. The actual life of King David is recorded in a few books of the Old Testament / Torah and the band SOK have taken one particular story of David commiting adultery, having the husband killed and then the resulting child die – you can check it out here in the second book of Samuel– and then found King David’s Psalms about it all and woven it all together in a very intense 18 minute “Narrative” it has 3 songs/Psalms in it and the spoken word story in between…

the good news: – it looks fantastic. and this is the last part of the concert to edit for this live DVD project…

11:11 ok we are now at about 10 minutes into it, well into the centre piece psalm of this piece- Psalm 123 – we are now closing it down and leaving it for the night, so i can drive the 45 minutes back to my place to my pregnant benita and sick boy drummond, and Simon can crawl into bed with his pregnant michelle…

so there ya go… a night in the life of this DVD post production… 3 ½ hours for about 10 minutes of edited material…. pretty good going.
and besides tomorrow is Easter Sunday!! whoo hoo.

well as some of you may remember, i am directing and producing a live concert DVD of the band “Sons Of Korah”. i am doing this with my great friend and awesome collaborator Simon McRae {of the funklab}. This is by far the biggest project of it’s type that we have ever embarked on, individually or together. and thank God that we are doing it together. if i didn’t have simon to help me through this i would have died many moons ago on this one.

Anyway i can also say that is by far the biggest DVD project that any “christian” band has ever embarked on in Australia. and i can pretty much categorically state that this will be the BEST live DVD ever made in the “christian” market in Australia {and maybe the world}. The footage that me, simon and the team got was fantastic and we are almost done editing the songs – about 17 full length songs in total, plus intro’s and a few interview snippets. – it is a full on super professional, totally full on production. we have a lot more we could do on it, but i am hoping the distribution company that is funding the project will see fit to greenlight a “special edition” sometime in the next 12 months.

The look and feel we were aiming for was the great Live DVD concert vibe, like U2, Peter Gabriel, ColdPlay, etc, but with about 1% of their budget, 2% of their audience, and a totally unique and different band vibe…. very static, introspective, performers and accoustic, ministry, worship music. i think we are doing a brilliant job, and i cannot wait for this thing to be out on the shelves and for YOU to be able to buy it and watch it.

We are loving it, but we are at that stage where… WE JUST WANT IT FINISHED!!

don’t get me wrong, i really do mean we are loving this, because we love the band and their unique music. but at the moment, we hate them too. in equal amounts. it’s just the fact after hearing the same {great} song 100 times in arow and seeing the band members faces for the billionth time. and spending days cooped up in Simon’s office editing when you want to be home with your wife and child….
just having the cry i need to. 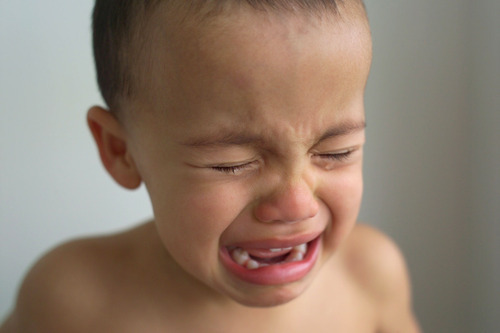 More Photos
Back to top